For the past two days, I’ve been revisiting a very abstract photograph of a leaf I shot a long time ago, discovering new possibilities. This photograph comes from a series I shot five years ago. At the time, only one photograph made the final cut, but it is my habit to always save any variations that I also find interesting, because, well, you never know when you might feel the urge to reinterpret an image. Usually these photographs contain some visual promise, but don’t make the cut for some technical reason, some problem I don’t know how to solve. 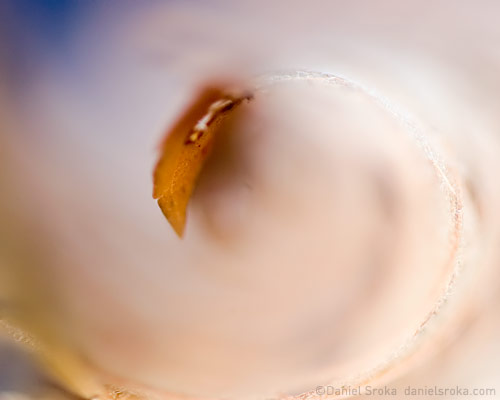 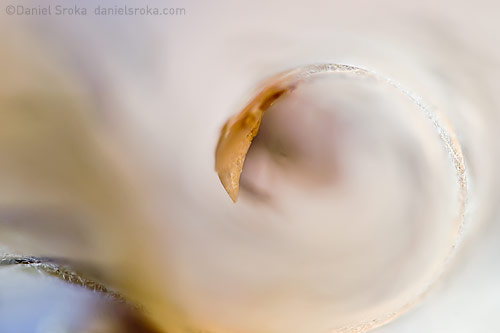 A print of the master photograph hangs in my in-laws house, and this weekend I stopped to look at it again. While I like the photograph, there were certain details that bothered me. As I examined it closer, a part of my brain kept telling me “you can do better”. When I got home I went back to my library and found the original files. In the variations I saved, one contained some of the elements I felt were missing in the master photograph: crisper lines, a better definition of space. So I opened that file, and started working on it. My tools and my abilities have grown tremendously over the past five years, so problems that had stopped me in the past were easily solved. Murky details were recovered, color problems were adjusted. And out of this almost-discarded, very old digital file, a new photograph was born. One that, honestly, I like more than the original master.

I remember the original version, but would be nice to view the two together for comparison. I liked the original, and I like this one too. Nice work.

Good idea Roberta: I just added the original photograph to the bottom of the post.

Great – nice to see them both. Can’t decide if I like one more than the other, or both the same. They are both graceful, poetic images.

It’s not clear until the sentence *after* the 2nd image which is which, and for some reason before I got there I had the impression that the 2nd image was your newly-worked result, and found it… lacking… compared to the first. Was very happy then to read that the first was the new one, ’cause yeah, it’s much better!

Wow Daniel, this is awesome, your eyes and talent are nuclear.